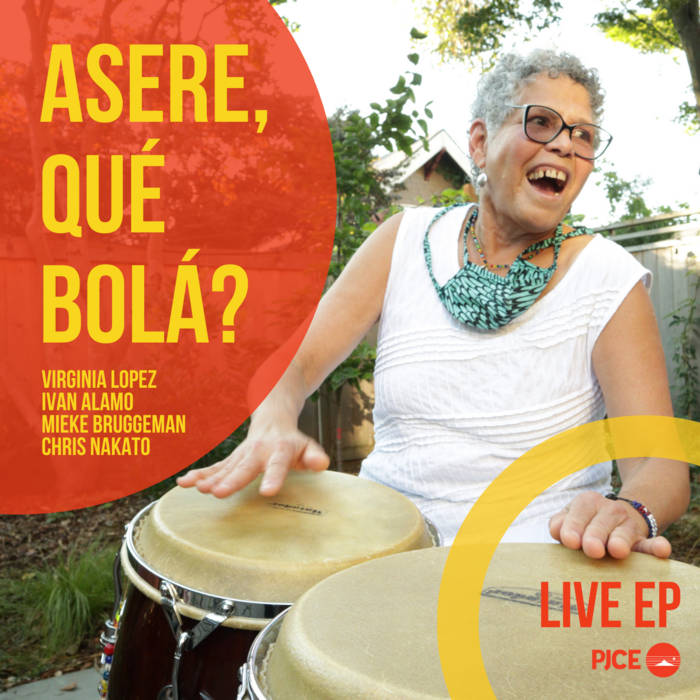 “Asere, qué bolá?” is a uniquely Cuban greeting that means “How are you?” Like so many elements of Cuban culture, it is derived from both Spanish and African languages. And, like other Caribbean countries, Cuba was a Spanish colony, and enslaved Africans formed a large percentage of the population. However, unlike other colonies, these enslaved people were segregated by where they originated from in Africa, an effort by the Spanish colonizers to suppress insurrection. As a result, musical and other traditions retained more of their connection with the original African traditions.

Among those traditions is the spiritual, ceremonial role that music plays in religious observance, especially in the tradition that Lopez is connected to, the Lucumí (loo-koo-MEE) faith, also known as Santeria. Lucumí comes from the religion of the Yoruba people of West Africa, and it incorporates some influences from Roman Catholicism. Many of the songs performed as part of Lucumí ceremonies are dedicated to specific deities, often with a focus on healing. This focus inspired Lopez and Alamo, both Cuban immigrants, to create a new song to promote healing and well-being in this difficult time. “Emotions can be so confusing during a time like this. Music helps you get to a place of healing, of positivity, and community,” Lopez says.

The project arose from a story of musical and cross-cultural discovery. A few years ago, Lopez and Bruggeman were talking about John Coltrane, and Lopez began to sing one of the melodies from Coltrane’s iconic 1965 album A Love Supreme with traditional Lucumí lyrics. Bruggeman was amazed to hear that this music she had thought was modern had ancient roots. The two had a similar experience with another Coltrane recording, Afro Blue, which was actually composed by Mongo Santamaria, a Cuban American percussionist and singer who adapted the melody from a traditional song in 1959.

The film premiere includes the composers’ performance of the music with Bruggeman on saxophone and flute and bassist Chris Nakato, socially-distanced in Lopez’s backyard. The story of the project, along with a healthy dose of information on Afro Cuban music, how salsa music is different from Afro Cuban traditional music, and how the pandemic has affected each of these musicians personally and professionally is intertwined. The artists will be joining the audience for a livestreamed discussion immediately following the film premiere.

Portland Jazz Composers Ensemble is a nonprofit organization whose mission is to create original jazz music that engages and supports our community’s diverse artists, cultures and place. In operation since 2008, PJCE is the only organization dedicated to commissioning and performing original music by Portland musicians, building a broad audience through unique, collaborative and community-oriented programming that builds bridges between communities in this vibrant city. Learn more at pjce.org.
PJCER 040