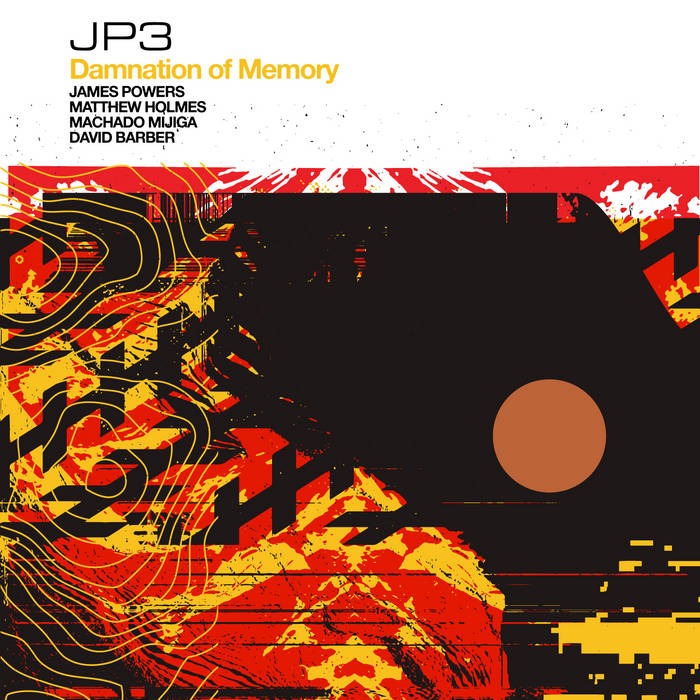 The debut release of Portland-based trombonist, James Powers, is a beacon of musical sincerity when the world is asking for truth to be told. Damnation of Memory, as a whole, does its own thing, from the choice of instrumentation, to the liberal use of electronics inseparable from the voice of the acoustic trombone, to the hard-hitting spoken word. Powers sidesteps the expectations of what a “debut jazz album” should sound like, opting instead to make a stripped down, freewheeling funk record with a palpable punk rock ethos. The first three notes of the album announce to the listener that there will be no apologies..

The table is set once the bass and drums establish the groove of “Stand Up Guy,” the introductory track of the record. And less than fifteen seconds in, we hear the leader emerge with the theme. Not with the trombone tone of jazz greats like Curtis Fuller, J.J. Johnson, or Jack Teagarden, but with a sound that resembles Rage Against the Machne’s guitarist, Tom Morello smashed into a Daft Punk synthesizer and set on fire with the heat of Grachan Moncur III’s records from 1960s.

The use of effects on the sound of the trombone is plentiful but there are moments where Powers’s tone is unmodified and he sings beautifully with a full, rich, and dark sound. This is evident on the title track. After an ominous hip-hop-inspired groove emanates from the rhythm section, Powers enters slyly with some heavily affected sound to create atmosphere. It all builds to a climactic break, and Powers presents the theme with the spirit of a town crier.

The introduction to “Ride the Onion Garden with Us and Fly” might catch some listeners by surprise. The title is chanted rhythmically, adding a member of the trio with each pass, the final pass ending with a change in inflection that has shades of hip-hop legend, Del the Funky Homosapien. But then it is followed immediately by a distorted bass groove similar to some early Red Hot Chili Peppers tracks backed by some Dillah-like trickery on the drums. Some odd-metered sections are peppered in, and executed with precision, which demonstrate, these musicians are not fooling around. This is serious, but it is also obviously very fun.

The only tune that was not composed by Powers is a song from the spiritual tradition, “Deep River”. JP3 presents this beautifully by slowly meandering through the melody with a heartfelt treatment, and sensitive dynamic levels. Powers’s use of the plunger mute captures the melody in a way a singer might bellow it. A strict pulse never really emerges from the rendition, which poetically paints the picture of a wide, ambling river.

“Symbology” is a fitting end to the six track album, because it bears out so much of what has been developing throughout the work. Hip-hop influences that have bubbling beneath come to full boil when David Barber makes an appearance in a role that some might call rap, others spoken word, but Powers has opted to call it “vocals.” The character and drive of the solo section is amplified by Barber’s audible reactions, who seems to have gone from front man to hype man in the blink of an eye.

All songs except track 5 composed by James Powers