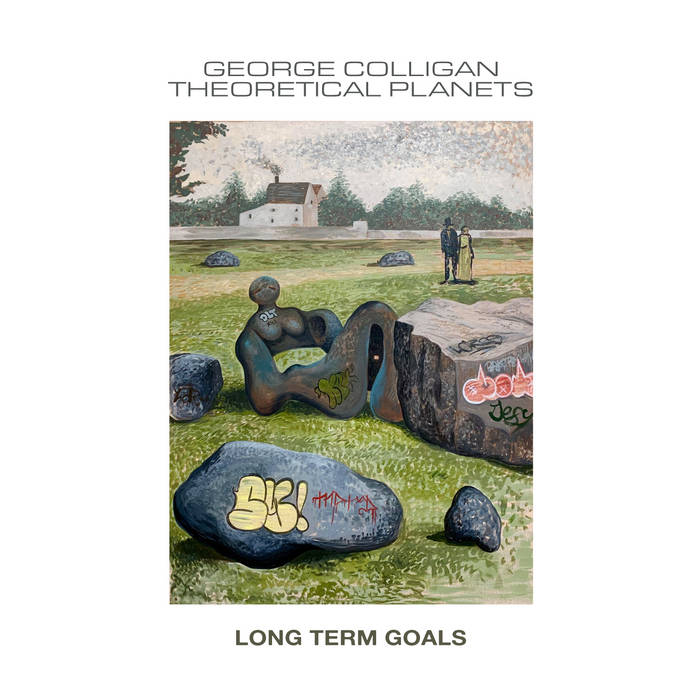 Award-winning multi-instrumentalist, George Colligan, releases a new album as a drummer and leader of a group of fiery up-and-comers from the Pacific Northwest.

George Colligan is mostly known as an award winning pianist/keyboardist, but he is also known as a multi-instrumentalist that plays drums, trumpet, bass, and vocals. He is a prolific composer, with a published book of his own compositions, who writes tunes that are often written for a specific musical function. His newest effort as a leader, "Long Term Goals", is filled with compositions that highlight the unique timbre of the chord-less group. The tunes and playing on this album highlight the range of his musical leadership by showing humor, beauty, and intensity. There are even tunes that Colligan lays out on as a player to let the other players explore some carefully inspired collective composition.

An album full of original compositions and free improvisation, "Long Term Goals" is a perfect match for PJCE Records. Now with over forty releases in the catalog, PJCE Records has always been a home for Oregon-based composers to have their work celebrated. Colligan is a force on the international stage, but he is also deeply immersed in the local scene of Portland, Oregon as a player and teacher. All of the incredible musicians on this album were either former students of Colligan’s at Portland State University, except tenor saxophonist, Joe Manis, who is a colleague.

The opener, “Moment to Spare,” kicks the album off with Colligan establishing fury and abandon. The horns come in playing jagged, high-arcing lines ending with harmonies that seem to ask the listener questions. The energy persists through Manis and alto saxophonist Nicole McCabe’s solos where melodic mastery, instrumental technique, and emotional expression flow from the track with excess.

A tune like “Diabolical Debacle” is a free-wheeling blues reminiscent of Scott Colley’s trio with Bill Stewart and Chris Potter. It gives plenty of room for the horns to stretch, and bounce off the well-tempered walls that Colligan and bassist Jon Lakey establish, making this track a perfect vehicle for the improvisers to feel unencumbered by the restriction of chords.

Inspired by a devastating church shooting in 2015, “Blues for Charleston” is an emotional response to the scourge of gun violence that persists in the United States. The harmonies of the horns in the head smack of early blues, and the loose triplety feel is a nod to some of the more heart-wrenching compositions from John Coltrane like, “Equinox,” “Spiritual,” “Lonnie’s Lament,” or “Crescent.”

There are certainly plenty of tunes that leave space for the improvisers to explore new territory. And there are even pieces like “Cave Creek,” (named after trumpeter Noah Simpson’s hometown in Arizona) which is freely improvised, and spontaneously composed by the collective. However, not every track is wild and free. The piece, “Growing Older,” is a reflective straight-eighth ballad with sonorous, consonant melody and harmony highlighted by a lyrical bass solo from Lakey. “Zizzer Zazzer Zuzz” (a title inspired by Dr. Seuss) is a contrafact over Cole Porter’s tried-and-true chord changes from “What Is This Thing Called Love?”

With eighteen total tracks, and a run time over 73 minutes, "Long Term Goals" is a weighty jazz album. Despite its length, it holds well together as a cohesive unit. There are lots of different sonic explorations, including a solo bass paean dripping wet with reverb, but the overarching story remains intact throughout. It is a story with humor, of love, brimming with fire, and despair.