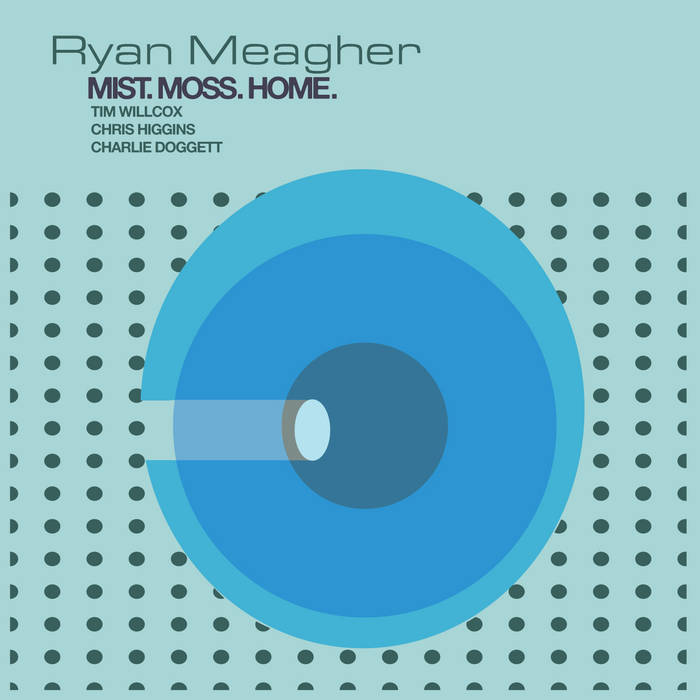 I have to come clean… I directly stole the title of this record from my former professor, Peter Epstein. A couple years back I was to produce a live album of his recorded at Jimmy Mak’s. For various reasons the project never came to fruition, but Mist Moss Home was one of the working titles for the project. At first, I did not really understand the title. It conjured up some imagery, for me, but nothing too specific. And then one day this past winter I was riding my bike around my neighborhood early in the morning and Epstein’s title jumped out at me.

"Mist. Moss. Home." perfectly captures my experience becoming a Portlander. It is home now. That was such a strange feeling to make that realization. New York City had been my home for nearly a decade. It is where I feel that I became a man. I had short stops in places other than my hometown of San Jose and New York City, but my heart was never really settled in them. Here, in Portland, my heart is settled and it is shrouded by the mist and moss that permeate the city.

Much like the four other releases under my name the music is originally composed and has not appeared on other records. Most of the tunes were composed here in Portland, but not all of them. “Children In the Park” was actually a tune that I wrote in the first summer I moved to New York City. “Vasona” was written during my graduate studies at University of Nevada, Reno. But for me, this album feels more Portland than anything else.

I am honored to be able to play my music with these three musicians. They are three of my favorite musicians in this city and it is nice to have trust in your band mates. It helps that we are friends, too. A bit about the individual tunes:

I wrote this for a gig that I had with out-of-towners Vinnie Sperrazza and Mike McGinnis with George Colligan on organ. Sperrazza and I go way back and it was his first time in Portland. I meant it to be a farcical condemnation of the hipster aesthetic.

It is not about a race, or the standings of the National League West. I wrote this as a birthday gift for my wife. It is a tribute to the first place that we lived together, my aunt and uncle’s studio apartment above their garage in Squaw Valley, CA.

This tune was originally titled, “Let’s Play Two,” as a tribute to the baseball great, Ernie Banks. I began writing it the night of his passing. I am not a Cubs fan, but I am a huge baseball fan and who does not love Ernie Banks? Disliking Ernie Banks would be like disliking ice cream, or trampolines, or videos of dogs being best friends with other animals. Why my tribute “sounds like an atonal saxophone etude,” as Willcox put it, or “Autumn Leaves on acid,” as I would put it? Not sure. I guess that is one of the reasons why I changed the title. “Banter” was the title that came to mind when we were shedding this tough tune in the studio. The back-and-forth that has been going on between Willcox and Higgins has been going on at least twenty years. It was in rare form in the studio!

Children In the Park

As previously mentioned, I wrote this in 2003, the summer I moved to New York City. I walked to Bagel World on 5th Ave in Brooklyn and got a bite to eat. I sat and ate my lunch at the park across the street which was attached to a public elementary school. School let out and the kids rushed out into the yard. The tune was inspired by the chaos and beauty of the children’s energy level and their palpable sensation of freedom.

This is simply a tribute to my Dad. He always insisted on being called Skip (as in Skipper) when he managed baseball teams of mine growing up. My best buds from San Jose still call him Skip.

Vasona Park is a wooded natural park in Los Gatos, CA (just outside San Jose). It is pretty, has a reservoir and a creek running through it, and we went as a family throughout my childhood. I have nothing but fond memories of this place, and the name is interesting. When trying to find out what it meant, I assumed that it must have roots in the Spanish language, much like everything in San Jose does. I came to find out that it is not any language at all. It was the made-up name of a pony! The music was inspired by the alt rock I grew up listening to and master santoor player, Shivkumar Sharma.

Three little words from bebop-minded saxophonist Alex Hoffman in 2013 sparked a firestorm in the jazz community online. Two of those words were "Wayne Shorter." The other word began with an “F.” Here is my tribute to Wayne... and a compositional commentary to Hoffman's little phrase. If you like jazz and you want to puke in your mouth a little, watch this interview with Hoffman where he tries to defend himself: youtu.be/8Etv2f1EpRU

Another tune written specifically for the one gig with Sperrazza, McGinnis, and Colligan. My first couple years in New York were dotted with nights of us watching Mystery Science Theater 3000 in my living room with Geoff Kraly and Jeff Gutierrez. "Boggy Creek II: And the Legend Continues" was a favorite of ours. "Hey Legend, how's the continuing goin'?" is a quote I always associate with Sperrazza. I originally wanted my next door neighbor, Sam Elliott, to do the voice-over, but I do not think that was in the budget for this album.

A ways off... in the distance there you can see this land where this legend of yours once roamed. He may be a legend now, but when I knew him, he was just a man. He was just a man with a chip on his shoulder and a hankerin' to do what was right. He navigated these lands without ever knowing what fear even meant. He walked tall, and sure, and proud. He was the kind of man that would encourage you to be yourself and then give you an earful afterwards. This place we live in... it wouldn't be what it is now without him. Certainly! But it's not like he was the only one. Hell... I've been that man before. It's just that he was that way every day of his life. And I guess that's why you see him as a legend. That's what legend IS isn't it? Remembering greatness from afar. Well... as it is... legends come and go. You just gotta’ keep the continuing going.

Recorded, mixed, and mastered by Josh Powell at The Map Room in Portland, OR.