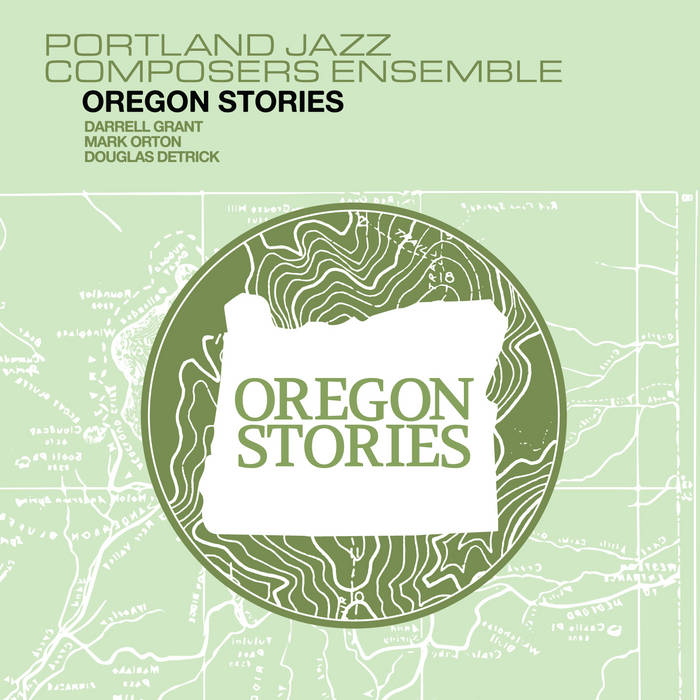 Oregon Stories shares the stories of DeNorval Unthank, a Portland African American physician and civil rights leader who struggled to safely house his family in Portland, as told by his daughter Lesley Unthank; George Akiyama, a Hood River resident who was threatened with violence when he returned from serving in World War II, as told by historian Linda Tamura; and Deborah Dempsey, the first woman river pilot to guide ocean-going vessels over the Columbia River Bar, who tells her own story.

The Oregon Stories project makes a powerful statement: jazz is an inclusive art form that can tell the stories of many communities, not just the stories of the urban experience so often associated with the music. Further, the project allowed the PJCE to reach across conventional boundaries and participate in one of the most important conversations of our time—equality.

The Oregon Stories project was funded in part by the Fred W. Fields Fund of the Oregon Community Foundation’s Creative Heights grant program and by the Regional Arts and Culture Council’s 2015 Project grant program. The project received additional support from the Oregon Historical Society and Bournstein’s Seafood.

The Portland Jazz Composers Ensemble is a 12-member jazz chamber orchestra dedicated to the performance of new works by composers in Portland and elsewhere in Oregon. Its exclusive commitment to new music, unique instrumentation, and conductorless performances set it apart from traditional big bands and small jazz groups. These qualities, combined with the PJCE record label and community roundtables, make it an organization unlike any other in the Oregon.

The Ensemble is directed by Douglas Detrick, the PJCE’s Executive and Artistic Director since 2013 and a composer and trumpeter with a range of experience directing ensembles, from his award-winning chamber-jazz quintet AnyWhen Ensemble to the Eugene Jazz Composers Orchestra. He was awarded Chamber Music America’s New Jazz Works and Presenting Jazz grant; and the resulting 10-movement suite, “The Bright and Rushing World,” was performed throughout the United States, including at the Jazz Gallery in New York, the Phillips Collection in Washington, D.C., and Constellation Chicago. He was also a 2017 Oregon Arts Commission Individual Artist Fellow.

Darrell Grant has built an international reputation as a stellar pianist, skilled composer, and committed educator. Since 1988, when he was the pianist in vocalist Betty Carter's trio, Grant has performed with many jazz luminaries, including Frank Morgan, Sonny Fortune, Roy Haynes, and Brian Blade. A professor of music at Portland State University since 1997, he has written compositions for the Portland Jazz Festival and Reed College Black History Month and was the recipient of the 2012 Chamber Music America Jazz New Work and 2015 RACC Project grants.

After attending the Hartt School of Music and the Peabody Conservatory school, composer Mark Orton moved to San Francisco with the other members of the newly formed Tin Hat Trio, a composer collective that has produced seven critically acclaimed albums. The group has also afforded Orton the opportunity to work as an arranger and producer with some iconic singers, including Tom Waits, Mike Patton, Madeleine Peyroux, and Willie Nelson. A recipient of a Sundance composer fellowship, he was nominated Best New Composer by the International Film Music Critics Association.

The Oregon Stories project was funded by the Oregon Community Foundation, Fred W. Fields fund, and the Regional Arts and Culture Council, with additional support from the Oregon Historical Society.