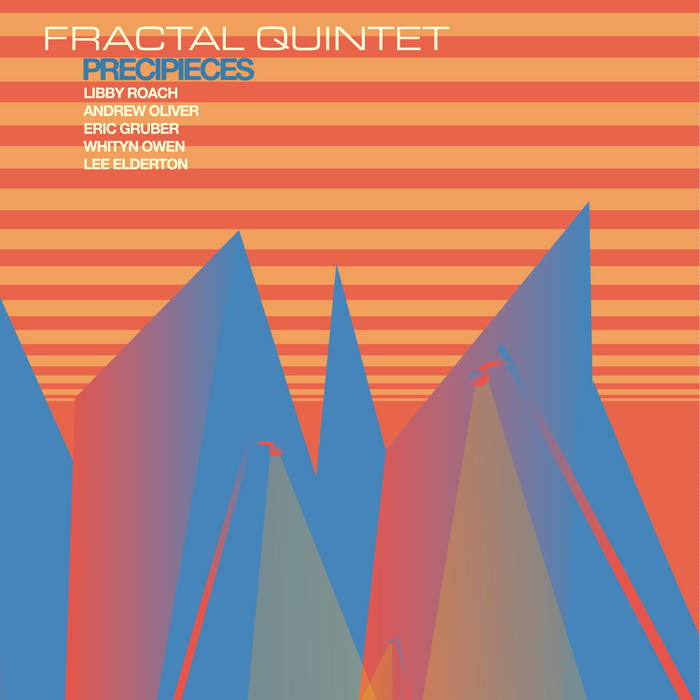 Andrew Jervis Version!!! That soaring voice and tasty instrumentation makes "Summertime" sound like it could be from a vintage (dance floor friendly) jazz LP. Love the artwork, too - everything on this label looks super tight: pjce.bandcamp.com Favorite track: Summertime.

PJCE Records presents “Precipieces” by Fractal Quintet, a long standing Portland ensemble led by guitarist, vocalist, and composer Libby Roach. Roach’s compositions embrace all of her varied influences, touching on elements as diverse as latin jazz, mixed meter fusion, and soul jazz, all held together by a playful, Zappa-esque sense of fun and experimentation. “Precipieces” is an exciting debut for an ensemble that has been an important part of the Portland jazz and creative music community for over a decade.

Originally hailing from Louisiana, Libby Roach grew up in Ashland, OR and was involved from a very early age in music, theater, and film. Her music has appeared in independent film soundtracks, and her legendary punk rock band Smidgen opened for Primus in Southern Oregon in 2012. Fractal Quintet has long been the forum for the development of Libby’s intricate long form pieces, which tend to be comprised of many contrasting sections and yet seamlessly balance a sense of intense, driving groove with rhythmic adventurousness and strong, lyrical melodies. Her unique brand of fingerstyle rhythm guitar is steeped in samba rhythms and has been developed partially as a result of her trips to South America throughout her life. The tunes “Summertime” and “Sideways” showcase her Bjork influenced vocal work alongside brilliant improvisations from the band’s stellar lineup. “Precipieces” is a unique accomplishment: a record that maintains a strong sense of groove and pop sensibility while never compromising in terms of sophistication and complexity.

Prior to Whityn Owen’s arrival, the late Kipp Crawford held the drum chair in Fractal Quintet for many years. The Portland music community experienced a deep loss when Kipp was tragically killed in an accident in 2009 at the age of thirty one. Kipp had been a core member of Fractal Quintet for many years, and “Precipieces” includes two pieces which feature Kipp’s drumming and production work. The Ashland Schools Foundation has established the Kipp Crawford Memorial Endowment Fund, which is used to create enriching opportunities for jazz musicians in the Ashland schools. To learn more or donate to the fund, visit www.ashlandschoolsfoundation.org/Page.asp?NavID=82.

After many years and various incarnations, Libby Roach and Fractal Quintet have made a major contribution to the PJCE Records canon. “Precipieces” is a stunning debut from an ensemble that seems poised to continue contributing to Portland’s fertile creative music community for many years to come.

Dedicated to Kipp Crawford - We miss you everyday