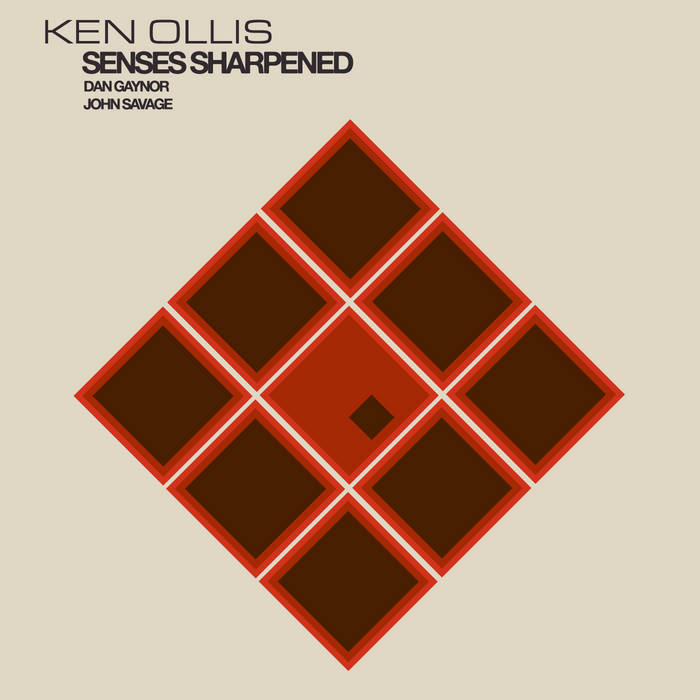 Drummer Ken Ollis brings a truly unique perspective to the task of writing and recording an album of improvisatory music. Well versed in a multitude of styles, Ken's composing and improvising is as informed by rock and salsa music as it is by jazz, modern classical, and avant-garde free improvisation. Ken's newest record, "Senses Sharpened" is a collection of searing, passionate explorations of highly idiosyncratic compositions which reflect his varied background and resistance to genre categorization. Also bringing their sweeping perspectives to the table are John Savage (flute, alto flute, alto saxophone) and Dan Gaynor (piano), two of Portland's most accomplished improvisers and working musicians.

Ken has performed extensively throughout the US, Canada, and Europe, and has played with a variety of musicians including: Kenny Werner, Ingrid Jensen, Julian Priester, The Drifters, Bud Shank, John Stowell, Darrell Grant, John Gross, Dan Balmer, Chata Addy, Rob Blakeslee, Rich Halley, Glen Moore, and many others. Most recently, his projects have included work with Dominique Eade, Heather Masse (from The Wailin’ Jennys), Aoife O'Donovan (from Crooked Still), Pepe and The Bottle Blondes, Paxselin Quartet, and several other groups. Ken also regularly performs in collaboration with painters, poets, dancers, and cinematographers. His compositions are featured in the repertoire of the Paxselin Quartet, the Portland Jazz Composers Ensemble, PDX Ensemble, The Chamber of Commerce, and in his own groups. He currently teaches at Portland State University and George Fox University, and has taught a multitude of clinics throughout the country. Ken holds an M.M. in Jazz Performance.

On "Senses Sharpened," Ken presents music deeply informed by modern classical music, but still rooted in a jazz-like tradition of improvisation. His compositions use techniques like non-retrogradable rhythms (essentially palindromes, a concept pioneered by Olivier Messiaen in the 20th century) and live improvised counterpoint. Although some of the forms utilized on this record are related to the jazz tradition, the principles governing the improvisation are much more open ended and less limiting than the traditional jazz approach to blowing over a set of chord changes. The instrumentation of drums, piano, and woodwinds reflects this aesthetic quite cogently. The result is a highly energetic and dynamic assortment of performances that range from edgy and intense to lyrical and beautiful.

There are several relationships in and around the band which create meaningful context. Ken Ollis and John Savage run another band called Demolition Duo. Their first album of highly exploratory improvised music is due out on PJCE Records March 2014, with a CD release show (including surprise guests) at the stalwart March Music Moderne festival of modern classical music. John is widely respected in academic circuits as a specialist and innovator regarding extended flute technique. The CD release show for "Senses Sharpened" will be held at the Creative Music Guild's (CMG) "Outset Series" at Revival Drum Shop in NE Portland, a monthly event showcasing avant-garde duo performances, experimental electronic music, and more. John spent three years as development coordinator for the CMG, a local non-profit arts presenting agency with over twenty years of experience booking avant-garde music from Portland and abroad. This show at Revival will be filmed, constituting PJCE Records' third music video. The release of "Senses Sharpened" is an exciting step for the artists, for audiences, and in the development of a more varied and far ranging catalogue here at PJCE Records.

Recorded, mixed and mastered August 2013 by Josh Powell
at the Map Room Studio in Portland, OR
Art by tinylittlehammers

Thank you to my supportive family, my wife, and all of the great teachers that I've had.