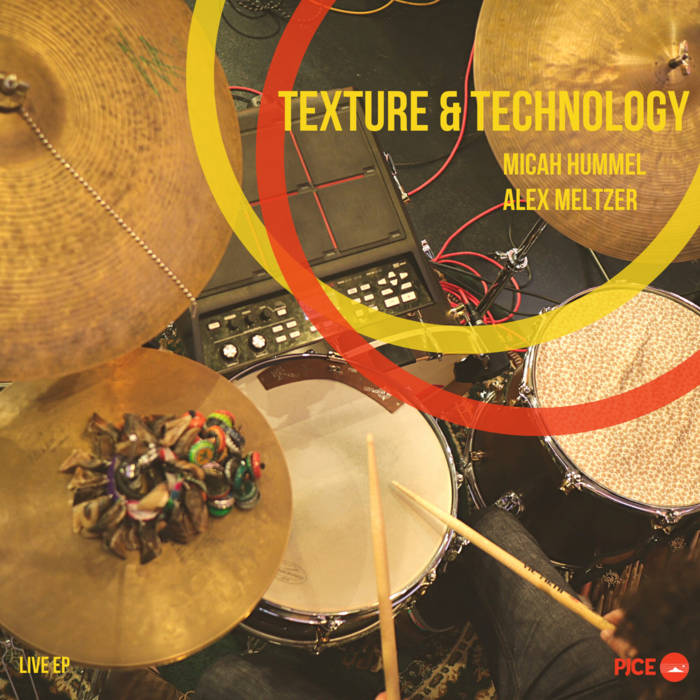 Improvising with flexible song forms that the musicians cue to change real-time audio effects and pre-recorded samples, this music is deeply interactive even though it sounds as if it was produced in a studio. Listeners won’t hear the Tin Pan Alley-inspired song forms typical of straight ahead jazz, but instead will hear a carefully constructed set of sound worlds that move from one to the next intuitively. Quoting George Colligan, a mentor of his, Hummel said “jazz is an approach to music, not a genre of music,” and this band uses this method to push themselves into “new territory via improvisation.”

Micah Hummel is a sought-after drummer, composer, and music educator based out of Portland, Oregon. After relocating from the Sonoran Desert in 2013, Micah has already established himself as an essential part of the creative music scene in the Pacific Northwest. Honing his craft throughout the last decade, Micah is known for his specialty in cross-genre sounds and contemporary music. Micah has performed around the globe in countries such as Germany, Austria, Canada, France, Switzerland, China, and Morocco. Micah always enjoys getting to share music with people and the opportunity to connect with other cultures through his instrument.

Alex Meltzer is a music producer and bassist based out of Portland, Oregon. Originally from Phoenix, Arizona, Alex studied Jazz Performance on Upright Bass at Arizona State University. After college, he relocated to Portland, Oregon and quickly became involved in the local music community, joining bands such as Coco Columbia and Old Wave. Moving to Portland also sparked a deep interest in music production and beatmaking, leading to several solo releases and the founding of his collaborative project with drummer Barra Brown, Korgy and Bass.

Portland Jazz Composers Ensemble is a nonprofit organization whose mission is to create original jazz music that engages and supports our community’s diverse artists, cultures, and place. In operation since 2008, PJCE is the only organization dedicated to commissioning and performing original music by Portland musicians, building a broad audience through unique, collaborative, and community-oriented programming that builds bridges between communities in this vibrant city. Learn more at pjce.org.