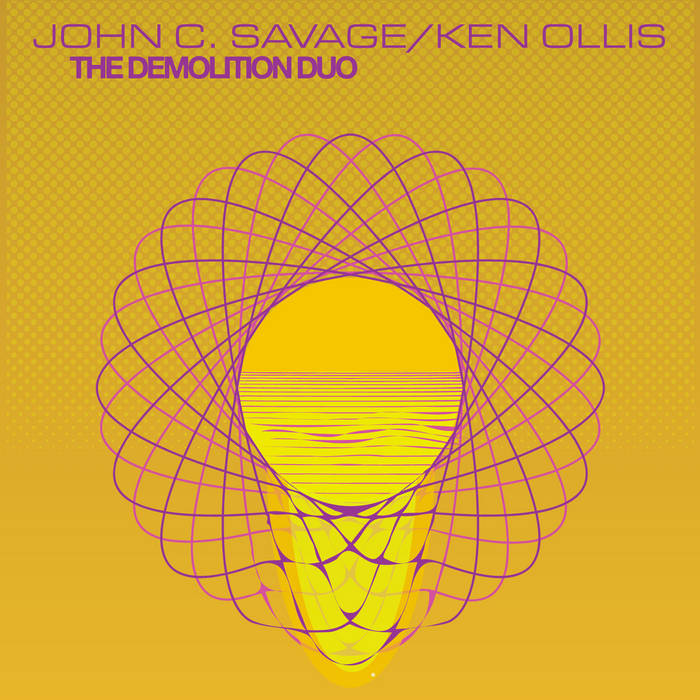 Flautist/saxophonist John Savage and drummer Ken Ollis present a new album of duo improvisations as the Demolotion Duo for the March 2014 release on PJCE Records. Evoking a variety of moods and textures with an unorthodox combination of instruments, both musicians harness their formidable technical and aesthetic powers to create an album of intuitive improvised music, reflecting the grand tradition of experimental free improvisation with a rare degree of aesthetic connection and focus.

John Savage is one of America's foremost contemporary flute virtuosi, with a truly remarkable range of performance techniques and styles at his fingertips, ranging from the classical tradition through straight-ahead and contemporary jazz idioms and into the realm of microtones, contemporary extended techniques, and highly individual sonic textures. An in-demand performer and educator worldwide, he is widely recognized as a highly cutting-edge innovator and expert on his instrument. His solo flute album, “A Moment in Mythica,” released in 2012, is a remarkable testament to his wide range of capabilities and inspiring musicianship. In addition, John is an accomplished saxophonist, providing a sonic and tonal outlet for another side of his musicianship.

Ken Ollis posesses a similarly wide range of tastes and styles in his drumming and composing, ranging from straight ahead and latin jazz to rock and the avant-garde. He has a highly attuned ear and his selfless drumming and remarkable technique provide a backdrop for myriad groups in the Portland area and beyond, including currently occupying the drum chair in the Portland Jazz Composers' Ensemble. In addition, Ken is an accomplished composer for both small and large ensembles, and his most recent album as leader, "Senses Sharpened," containing an intriguing set of compositions based on non-retrogradeable rhythms and melodies and also featuring John Savage, was released on PJCE Records in 2013.

Demolition Duo is highly focused despite being entirely improvised. Ollis's remarkable dynamic control and lightning fast technique combine to create moments of highly controlled intensity which compliment Savage's mysterious and often pointillistic flute improvisations. The two musicians are highly tuned in to one another with effortless transitions, endings, and textural choices sounding almost as if they were planned in advance. The ambiance is more dramatic than tonal, though occasionally Savage knocks out a string of modal lines on alto sax or a suggests a mysterious harmonic passage on flute. Similarly, Ollis rarely breaks into a steady groove, instead tantalizing the listener with syncopated rhythms and fills which propel the music forward towards widely spaced moments of resolution. The overall effect is an unsettlingly deconstructed aesthetic reflecting the duo's name, with a sense of clear agreement and rapport between John and Ken, and a concise statement of their wide ranging tastes and experiences distilled into an unorthodox but propulsive and engaging duo session.