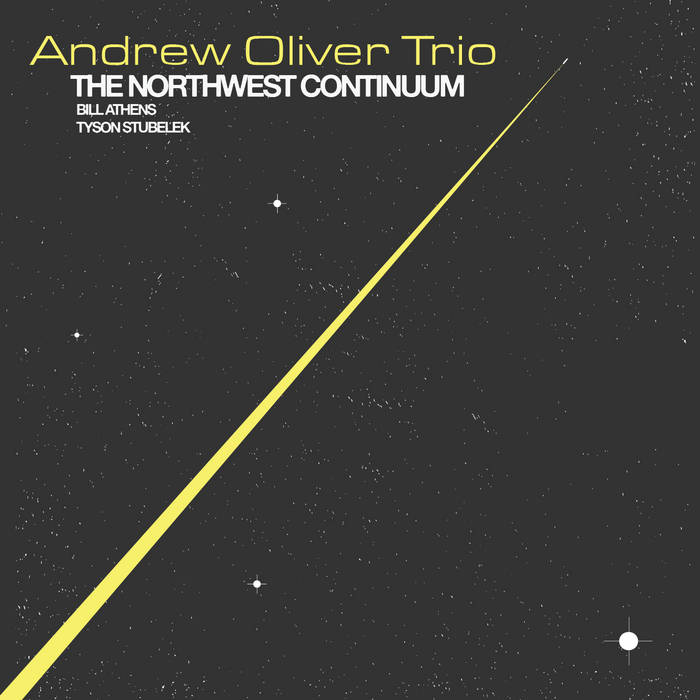 The album is available for download for a $7 minimum to encourage dissemination of and wide access to the music but we of course encourage you to support the artists with whatever you can contribute.

Andrew and Tyson have a playing history together that spans over fifteen years.  They first met as students in the Portland Youth Jazz Orchestra (PYJO), and continued to collaborate throughout high school and college.  Even when Tyson moved to Boston to attend the New England Conservatory and Andrew moved to New Orleans to attend Loyola, the pair would reconvene in Portland over the holidays and continue to make music.  In addition to countless jazz gigs and sessions, they have been working on a "secret rock album" for many years, and one of the tunes on the new CD "Northwest Continuum" was originally composed for that side project.  Andrew and Tyson also play together in Tunnel Six, a half Canadian, half American sextet formed at the Banff Jazz and Creative Music Workshop in 2009.  In the years since its inception, Tunnel Six has embarked on several successful tours across the United States and Canada.  The musical chemistry of this group is elevated by Andrew and Tyson's extremely long playing history, and they continue to develop and refine their rapport through the opportunities this project provides.  The Andrew Oliver Trio is rounded out by Bill Athens, Portland's most intrepid and flexible bass player, and a great composer in his own right.  This combination of talent and playing history has paved the way for a trio record that is sophisticated, beautiful, and highly approachable.

The material selected for "Northwest Continuum" represents many years of forays into jazz composition by Andrew and Bill.  Like many players in Portland's jazz community, Andrew and Bill are always writing, and consequently many great tunes end up sitting in the vault, waiting for future documentation.  "Northwest Continuum" provides a home for many of these tunes.  "The Tea Suite" consists of three pieces written in tribute to the many fine varieties of tea that Andrew and Tyson would drink during the existential crises of youth.  "Standing Still Mountain" is a beautiful, spacious ballad which many of Andrew's earlier groups have performed live.  "Angry Youth III" is a contemporary rock tune by Bill Athens, somewhat reminiscent of his writing for Trio Subtonic, one of the many bands benefitting from Bill's talent and vision.  "Recon," also by Bill, is a blues with some erratic time changes and an Ornette influenced sense of melodic freedom.  This collection of performances constitutes some of Portland's best home-grown jazz talent presenting an exciting cross section of their constantly evolving, forward thinking body of work.

PJCE Records is a grassroots recording label documenting the wide variety of original music being created by Portland area jazz composers and improvisers.  We aim to provide an outlet to encourage the dissemination of new music in the area as well as fostering community within the jazz and improvised music scene in Portland.  We release one album per month digitally and in limited CD pressings.  The albums are recorded live in one session per album, reflecting a common practice from jazz history and encouraging a rapid turnaround to document and enhance the thriving community of jazz and improvising musicians in the Portland area.  The label is operated by the Portland Jazz Composers’ Ensemble and all rights to the music remain with the individual artists.

All compositions by Andrew Oliver except "Recon", "Plan of Action", and "Angry Youth III" by Bill Athens and "The Waltz of Man" by Tyson Stubelek and Andrew Oliver.