The Sun Opened Up

by Sound for the Organization of Society 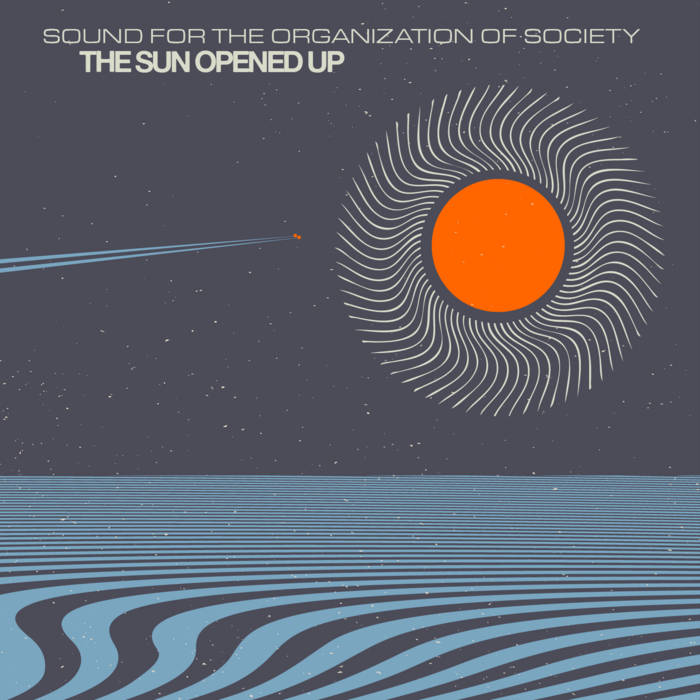 Sound for the Organization of Society, an 8-piece creative music ensemble ensemble, releases its third album, "The Sun Opened Up" on PJCE Records, closing the loop of the ensemble's circuitous existence. The album takes the extremes of stylistic eclectism demonstrated on its last two albums to another level, with beautiful country melodies and African-inspired double-drummer grooves superimposed with dance-driven free improvisation, pieces using graphic notation, raucous Balkan party music, and a programmatic composition about death in the open desert.

Originally formed by a group of students at Loyola University New Orleans, the group quickly took on a new character when the musicians were forced to evacuate by Hurricane Katrina. The majority of the band members found themselves at a house in Lake Charles, Louisiana, and reconvened in New Orleans 6 months later to record their debut album "India and Africa." Soon thereafter, core band members who relocated to Los Angeles and Portland began a yearly West Coast touring schedule with the addition of new musicians from those cities, including a second album "Poem of the Underground," which was well recieved by the jazz press, All About Jazz Italia calling it "The New Orleans of the new millenium." This new album, "The Sun Opened Up," was recorded at the culmination of their final tour in 2009, before various life events once again scattered the band members to diverse new homes in Texas, Germany, England, and elsewhere. The album represents the final chapter in the band's existence and documents the group at the height of its most raucous group dynamic.

The band, consisting of two drummers, two keyboardists, guitar, bass, and two saxophones, is dedicated to the principle of hierarchical equality in the exploration of the concepts of composition and improvisation.   As a collective of composers, performers and improvisers it creates complete equality between its members, who all contribute to the ensemble’s pool of compositional forms as well as lend their talents as performers to the different composers in order to form a social entity of mutual artistic interest.   The common denominator of the music that SFOS produces is the emphasis on improvisation and the absence of censorship.   The music of the ensemble draws from a multitude of musical approaches and languages ranging from contemporary classical music through the avant-garde and jazz to various world styles, including American roots music.   The members of the ensemble reflect its broad musical palette, stemming from diverse geographical and musical backgrounds.

Since the recording of the album, the band members have dispersed to locations across the U.S. and Europe, pursuing a variety of musical and nonmusical activities (including the manufacture of bowling pin pepper grinders and medical school), but "The Sun Opened Up" demonstrates the culmination of a unique social and musical collective dedicated to musical equality and radical stylistic diversity in the modern age. The album is being released on PJCE Records, a grassroots label associated with the Portland Jazz Composers Ensemble as much of the band's activity was centered in Portland and the album was recorded there at the gigantic Type Foundry studio by the wonderful engineer Jason Powers, expertly capturing the huge range of sounds and instruments used by the group. The album is available June 15 on PJCE Records and at all major digital retailers.

Recorded April 5-6, 2009 at Type Foundry Studio in Portland, OR by Jason Powers

Mixed and mastered by Andrew Oliver